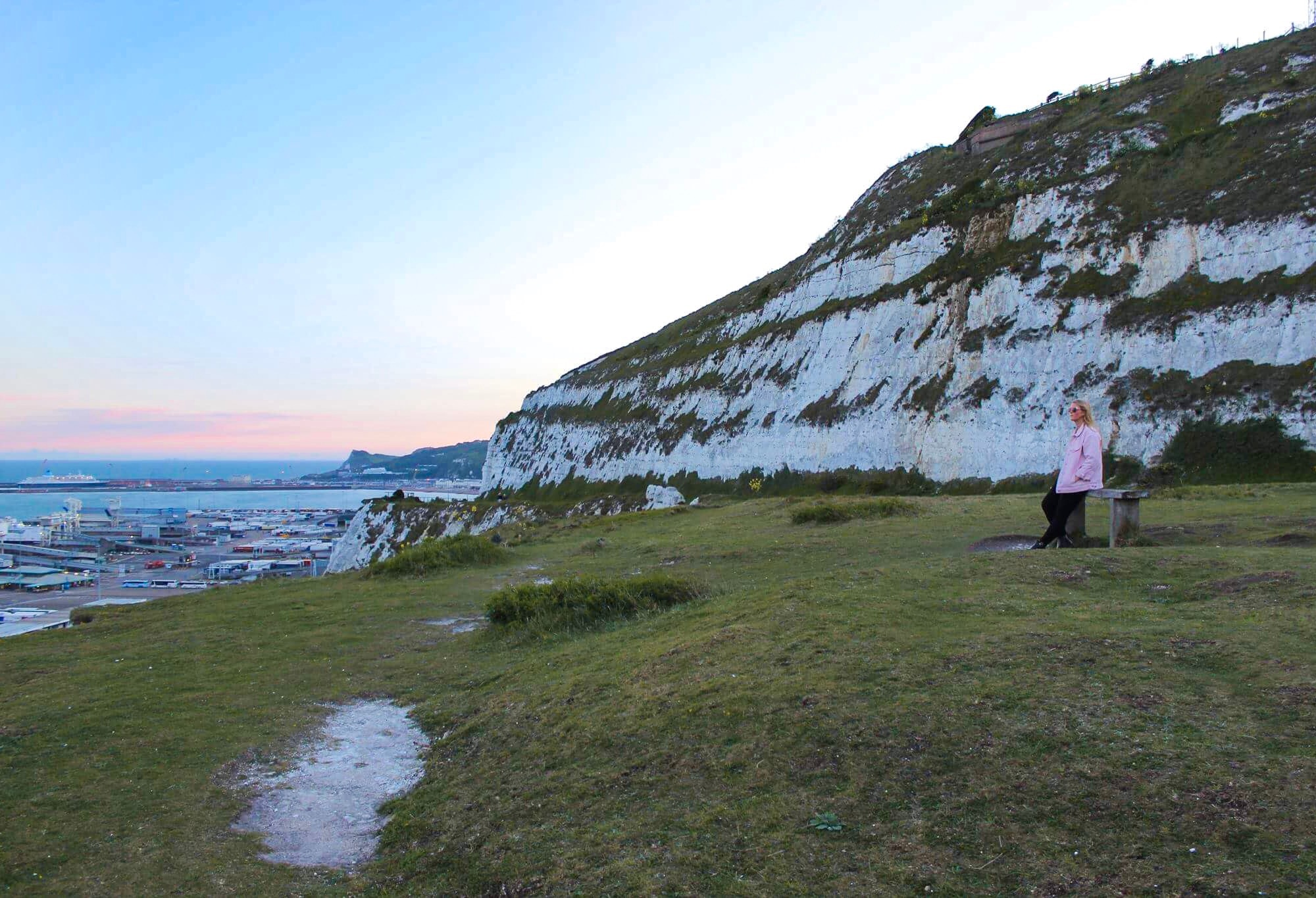 Last weekend I made a fleeting trip across the channel to Dunkirk in France. However what I did not know until the day before my trip was that you cannot catch the ferry from Dover to Dunkirk without a car. I made some new arrangements since you can only go to Calais as a foot passenger and there is only one train from Calais to Dover on a Saturday I was seriously limited in my options. To make the journey work I had to catch an early ferry to Calais, but just to pile on to my already disastrous plan the trains wouldn’t run early enough to get me from London to Dover in time to catch the ferry and so I decided to head down to Dover the night before.

When I arrived in Dover all I wanted to do was explore the white cliffs that I had heard so much about.

So I set out exploring.

They were absolutely stunning, 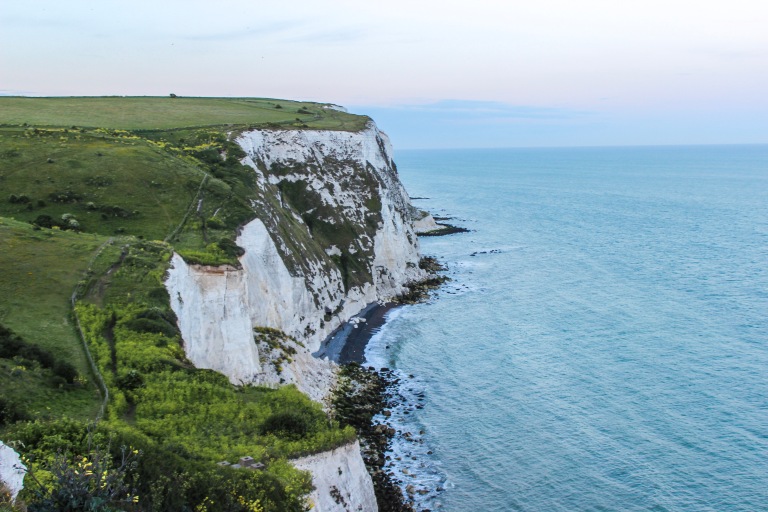 Definitely worth the hike through the greenery, 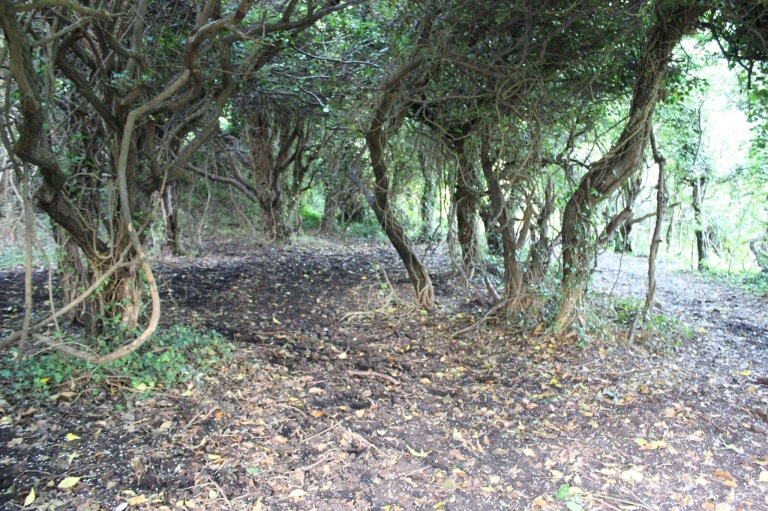 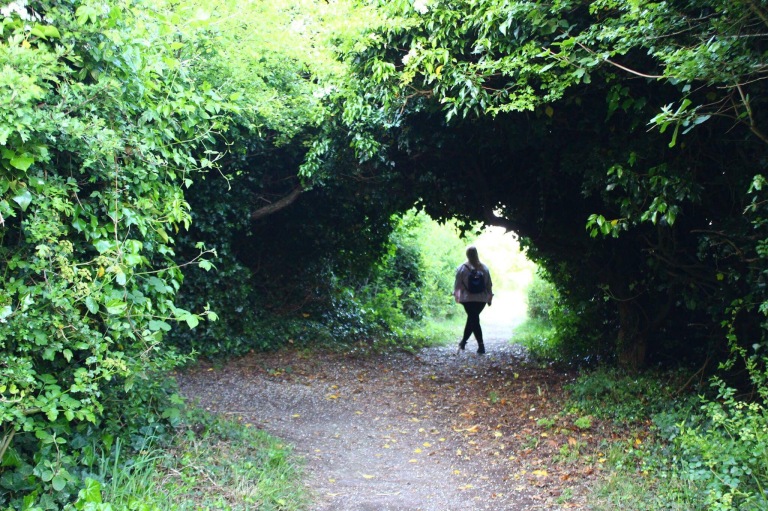 I stopped to admire the view, 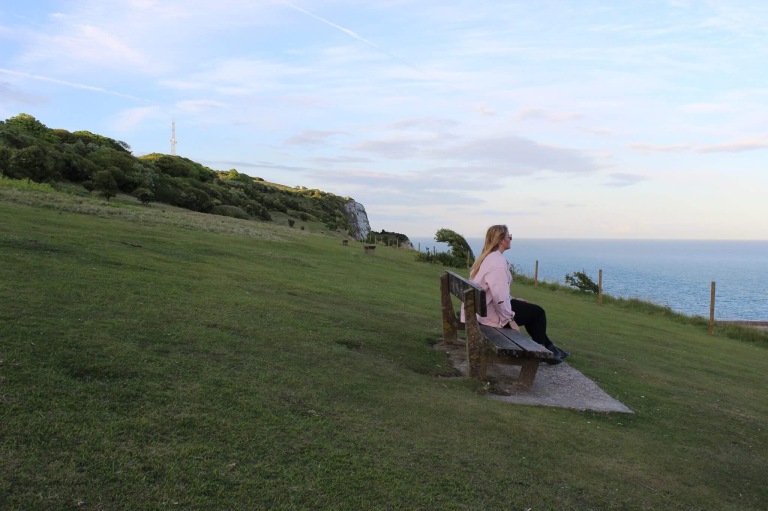 Before heading down another narrow path, 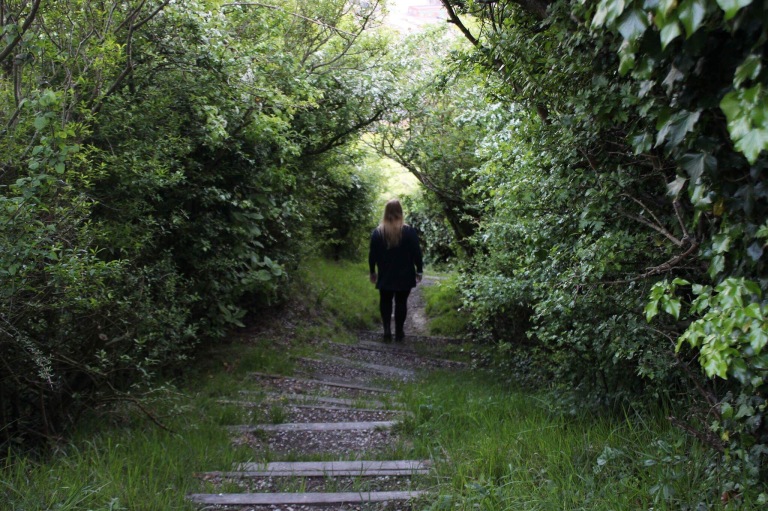 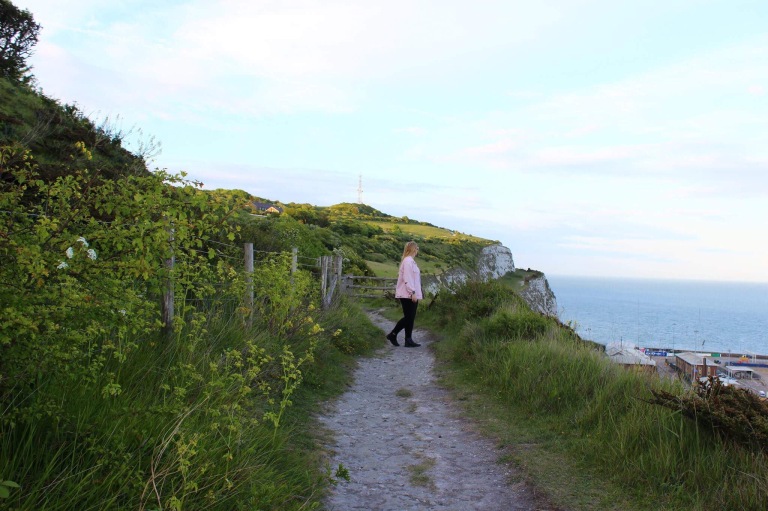 Before coming to the most amazing view. 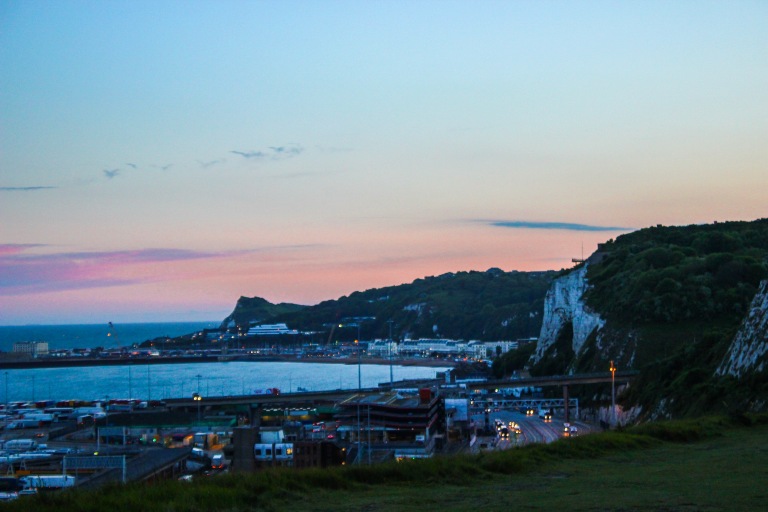 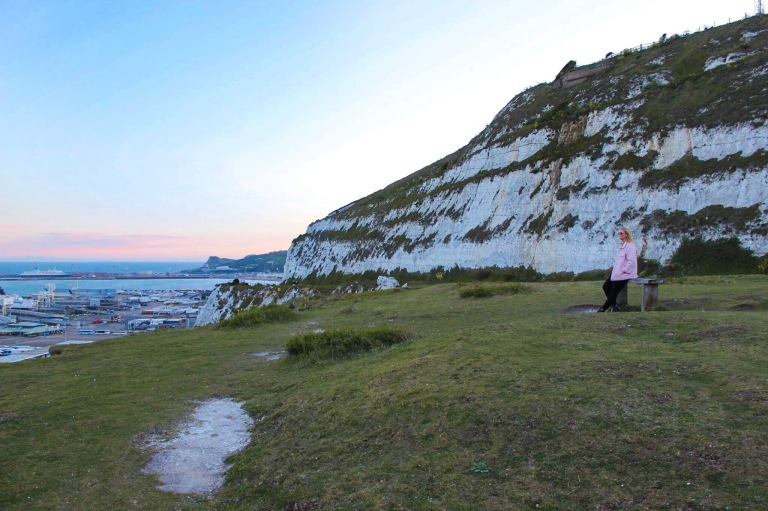 I sat on the edge of the cliff just to see how far down it was. 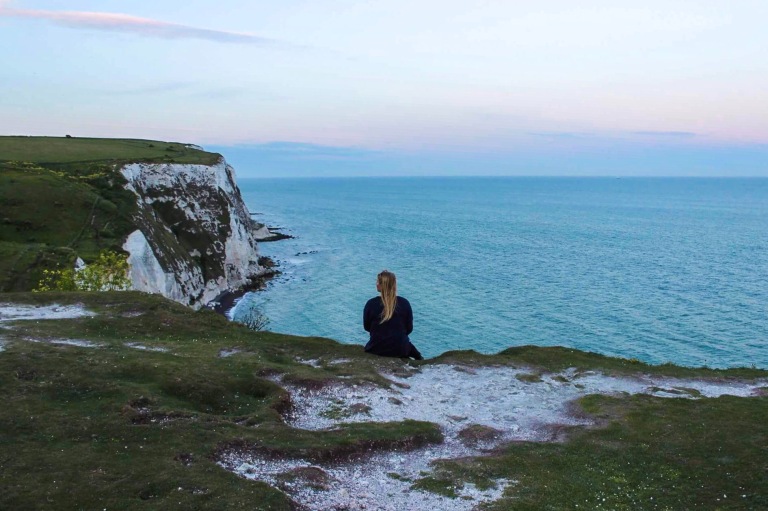 As the sun set I enjoyed the view before heading back to my hotel for the night. I thought I was done with the Cliffs for the time being until I got an eyeful of white on my ferry to across the channel.

I think they may look even better from the water… 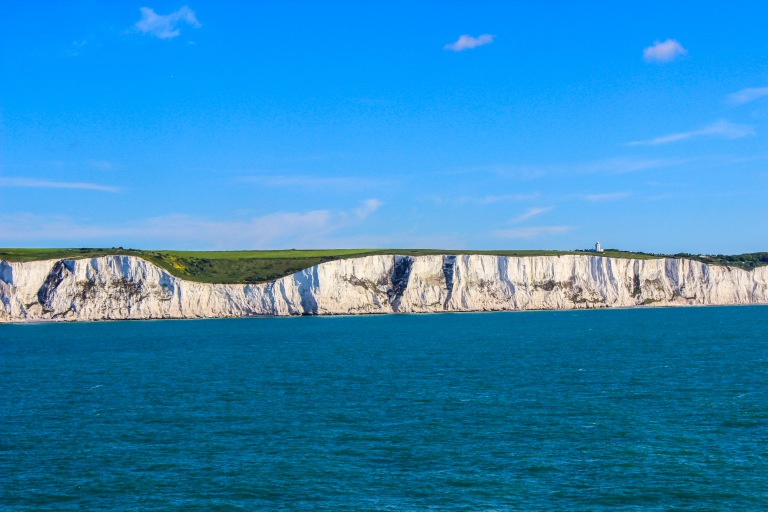 It was worth the early morning ferry just to see them in all their glory. It was actually such a clear day that I could just see them when I got off the ferry in Calais